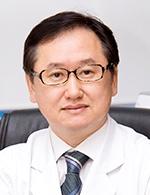 -Underlines the need for developing Korea’s own clinical guidelines 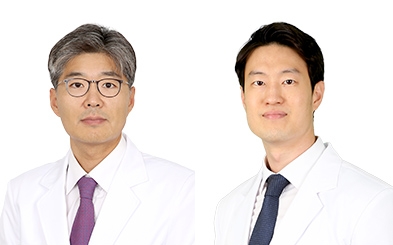 The incidence of newly diagnosed Polycystic Ovary Syndrome (PCOS) among the women of reproductive age increases every year in Korea. PCOS is a common endocrine disorder among women of reproductive age, affecting around 5-10% of this population. PCOS symptoms include chronic anovulation, irregular menstruation, and dysfunctional uterine bleeding. And it is one of the main causes for infertility.

In general, women with PCOS have high incidence of obesity, which is known to increase the risk for different types of metabolic diseases. Recent studies, however, reported Korean women with PCOS tend to be in the normal weight range in a much higher proportion compared with Western counterparts. And big data assessment revealed that PCOS was independently associated with an increased incidence of T2DM in both obese and nonobese women.

The research team used the National Health Insurance Service National Sample Cohort to assess the 10-year data (from 2003 to 2012) of 6,811 women aged from 15 to 44 years. The subjects were divided into two groups: those women who received diagnosis of PCOS and the others who did not. Women with PCOS (n =1,136) were found to have a higher risk of type 2 diabetes mellitus as compared with women without PCOS (n=5,675). There was no significant correlation with BMI, family history of diabetes and cholesterol levels.

The study was meaningful in that the finding of the big data-based research provided the basis on which Korea’s own guidelines can be developed.  A Finnish population-based birth cohort study reported that only obese women with PCOS have an increased risk of type 2 diabetes mellitus. In contrast, an Australian population-based cohort study reported that PCOS is independently associated with an increased incidence of type 2 diabetes mellitus and this increased risk is present irrespective of BMI. This suggests that there is considerable ethnic variation in the manifestation of PCOS, which further implies the necessity of developing Korea’s own guidelines for its population.

Professors Ryu said, “Most studies so far have been conducted in Western populations, and there has not been enough research done on Korean women with PCOS, whose prevalence of obesity is relatively low. We hope that our research provides an opportunity for us to refine our diagnosis process and guidelines for the prevention and management of metabolic syndromes for those diagnosed with PCOS.”

He also added, “Once diagnosed with PCOS, you have to be educated on the risk of diabetes and importance of early management. Those with such symptoms as irregular menstruation or hirsutism need to see a doctor as soon as possible so that they can protect themselves from the risk of getting other diseases associated with PCOS.”

The study titled, “Risk of type 2 diabetes is increased in nonobese women with polycystic ovary syndrome: the National Health Insurance Service-National Sample Cohort Study” was published in the recent issue of Fertility and Sterility by the American Society for Reproductive Medicine.

With an aging population, the prevalence of PD has constantly increased worldwide over the decades. Korea is no exception. Its prevalence grew from 115.9 patients per 100,000 people in 2010 to 139.8 per 100,000 in 2015. Identifying risk factors such as chronic diseases or lifestyles, which can be modifiable, is essential to reduce the disease burden of PD. Given that brain is the most cholesterol-rich organ in the body, it was presumed that there was an association between the HDL-C level and the risk of PD, but the previous studies reported inconsistent results.

The research team conducted this nationwide, population-based cohort study and assessed the data of 380,404 people aged 65 years or older without PD, who received at least three medical checkups provided by the Korean National Health Insurance System from 2008 to 2013. During the follow-up period until the end of 2017, the lowest quartile group of baseline HDL-C was associated with a 21% increase in PD incidence, and the group with the highest HDL-C variability had a 60% increased risk of developing PD. In addition, those with obesity or chronic kidney disease were at a higher risk than those without such conditions.

The Korea University Ansan Hospital research team said, “It has been widely known that HDL-C has the important benefit of protecting people from cardiovascular diseases. In addition to the effect of protection from atherosclerosis, HDL-C has antioxidant and anti-inflammatory properties making a direct contribution to maintaining different organs and tissues in a proper functioning state. This study revealed the possible association between the high HDL-C level with the reduction in the development of neurodegenerative diseases including the PD, whose prevalence is increasing these days.”

This article was chosen as a feature article for the March 2021 issue of Neurology, the world’s top-class journal published by the American Academy of Neurology.

- A comprehensive analysis of clinical parameters such as bpMRI (PI-RADS) and PSA
- Predicting prostate cancer with 86.1% accuracy prior to biopsy

A research team led by Professor Seok-Ho Kang of Urology of Korea University Anam Hospital (Professor Tae Il Noh, Professor Sung Gu Kang, and Professor Jun Cheon) developed a predictive model that allows prediction of clinically significant prostate cancer that requires active treatments such as prostatectomy or radiation and chemotherapy with an accuracy of 86.1% before a biopsy.

The team analyzed 300 men with clinical suspicion of prostate cancer after PSA testing or abnormal findings in a digital rectal examination and developed the model. The model based on Prostate Imaging Reporting and Data Systems (PI-RADS) scores of bi-parametric magnetic resonance imaging (bpMRI) and PSA density showed high discriminatory power (area under the curve, 0.861) and resulted in a significant net benefit on decision curve analysis.

21.6% of men could avoid unnecessary prostate biopsy when the model is used compared to the conventional method of determining the subject of a biopsy.

Accurate prediction and diagnosis can result in a decision-making process that leads to tissue biopsy and surgery. Accurate and precise diagnostic tests and state-of-the-art surgery based on them enable patient-specific precision care.

Professor Seok-Ho Kang of Urology of Korea University Anam Hospital had significantly improved the diagnosis of prostate cancer with transperineal MRI/ultrasound fusion biopsy compared to traditional transrectal biopsy. MRI/ultrasound fusion biopsy targets lesions that are believed to be at high risk for cancer and takes samples. Transperineal biopsy provides a safer and more accurate biopsy of all parts of the prostate than transrectal biopsy.

As an accurate prostate cancer biopsy is available, a treatment plan can be tailored to meet patient's specific needs and their best interests. Depending on the patient’s health status and the degree of progression of cancer, patients can choose active surveillance, surgery, or radiation therapy. When surgery is needed, cutting-edge surgical methods such as robotic surgery can offer the best possible outcomes, and it can significantly improve patients’ prognosis.

“This predictive model can be a useful tool for clinical decision-making,” said Professor Seok-Ho Kang. “By providing patients with more accurate diagnoses and precise treatments, we can achieve the best results through better diagnosis and treatment,” he added.

‘A Predictive Model Based on Bi-parametric Magnetic Resonance Imaging and Clinical Parameters for Clinically Significant Prostate Cancer in the Korean Population’ was published in the latest issue of the Korean Cancer Association’s journal Cancer Research and Treatment (Impact Factor 3.8).