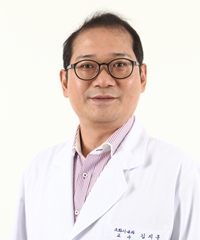 The Barcelona Clinic Liver Cancer (BCLC) staging system has been widely adopted around the world in the staging and treatment of hepatocellular carcinoma. The BCLC staging system classifies patients into 0, A, B, C, or D, after examining the status of the tumor and hepatic function, enabling one to determine the disease status relatively easily. The system also suggests a treatment option: transarterial chemoembolization (TACE) for BCLC stage B, and systematic treatment for BCLC stage C. But it might be a problem if one were to stick to only one kind of treatment, as the BCLC stage B/C patients fall into various categories in terms of liver function and vascular invasion. Particularly, for East Asian patients with hepatocellular carcinoma whose liver function is relatively well-preserved, more active treatment should be taken into account.

The research team led by Dr. Kim Jihoon from the Department of Gastroenterology and Internal Medicine at Korea University Guro Hospital compared a surgical resection with TACE in patients with intermediate to advanced-stage (BCLC B/C) through systematic review and meta-analysis. Through a database search, they included 18 high-quality studies (one randomized controlled trial [RCT], five propensity-score matching non-randomized comparative trials [NRCTs], and 12 NRCTs), that compared survival outcomes of 5,986 patients after surgery and TACE. They found significant survival benefits for surgery over TACE in BCLC stage B/C patients (hazard ratio 0.67; P<0.00001). Five-year survival rates for surgery were significantly higher than those for TACE in the patients (odd ratio 2.71 in BCLC B/C, 2.77 in BCLC B, 3.03 in BCLC C; P < 0.00001). Survival benefits persisted across subgroups, sensitivity, and meta-regression analysis, and remained constant. In conclusion, this meta-analysis suggests that surgical resection provides survival benefits in patients with intermediate to advanced-stage (BCLC stage B/C). The evidence found herein may assist in the choice of treatment modality based on diverse definitions of operability.

The research results are published in Hepatology, under the title of, ‘Hepatic Resection Compared to Chemoembolization in Intermediate to Advanced Stage Hepatocellular Carcinoma: A Meta-analysis of High- Quality Studies.’ Mitochondria are organelles which have evolved by endosymbiosis. They have double membranes: inner (IMM), and outer (OMM), and play a physiological role, such as in generating cellular energy, regulating calcium levels, and releasing reactive oxygen species. The word mitochondrion comes from the Greek μ？το？, mitos, meaning "thread", and χονδρ？ον, chondrion, which means "granule" or "grain-like". They are known as highly dynamic organelles that change their shapes by continuously undergoing fusion and division.

Although such morphological alterations, particularly triggered by cellular metabolism, division, or death are drawing great attention, the molecular mechanism behind this has not been clearly elucidated. The research team led by Dr. Woong Sun, of the Department of Anatomy at Korea University College of Medicine, witnessed a repetitive constriction of mitochondrial inner compartments (named CoMIC) in neurons, and found that this constriction is necessary for mitochondrial fission.

Experts have believed that two major proteins (actin protein and Drp1), which exist in cytoplasm, are involved in mitochondrial fission tightening around the mitochondrion. But our team’s recent study discovered that the inner mitochondrial membrane also plays a role in the constriction leading to fission. We also confirmed that some roles involving both in and out at the same time, are required for an effective mitochondrial fission. Primitive microorganisms (achebacteria) deemed to be the origin of mitochondria, live independently, and, therefore, they must be mediated by a molecular mechanism to reproduce (cell division) on their own, where the cell division takes place inside. In this context, our discovery would also be very interesting from an evolutionary point of view, as it is regarded that eukaryotic mitochondria somehow maintain strategy for their old ancestors used.

The research results are published in Nature Communications under the title of, ‘Constriction of the Mitochondrial Inner Compartment is a Priming Event for Mitochondrial Division.’ This past Friday, May 11th, the Korea University College of Medicine opened a student forum with great fanfare, as part of its 2018 global leadership project, under the theme of, ‘The 4th Industrial Revolution - How Can We Be Ready?’.

KU Medicine hosted this event to help their medical students be better prepared to respond to the rapidly changing health industry in the 4th industrial revolution, make a plan for the future, and ultimately develop themselves as great medical specialists and leaders. It is meaningful all the more, given that the school had many students get involved in voicing their opinions, helping to plan the event, and in presiding over the session. Exchange students from overseas from countries such as China, Germany, Sweden, and Thailand, who were here for clinical research and training, also took part in the presentation and discussion.

In one conference session, more than 70 students and professors actively discussed and shared ideas, based on some theme-based strategies presented by each student team. The student presenters exchanged opinions about how they see the current state of the medical industry, what the 4th industrial revolution means to future medical doctors, and how they can best prepare for the revolution. The exchange students also expressed thoughts about how they understand the 4th industrial revolution based on their own environment.

Some of the comments made by Korean students participating in the presentation were, “It was a great opportunity to think seriously about my career and future in the face of the 4th industrial revolution, that would otherwise go unnoticed.” “Actually, it was hard to prepare for the presentation, but it was enormously useful at the same time, as I could really think about my future.” “It was good to share opinions while listening to others, and I also felt how important it is to express myself effectively in English.” Some foreign students said, “I was impressed by the humanistic approach in dealing with the issues of today.” “I wish the discussion on the theme had been longer than the presentation.”

Dean Hong Sik Lee said, “We have been holding a Global Leadership Project Series to provide an open place for high-level discussion to our students, so that they can express themselves effectively, and communicate with others in a proper way. If you get involved in sharing information and ideas with each other just like today, you have already started preparing for the future in the era of the 4th Industrial Revolution.” “I’m so pleased to see our students take the 4th industrial revolution really seriously, and their strategic ideas and presentation quality were amazing. I learned a lot from them”, he added. 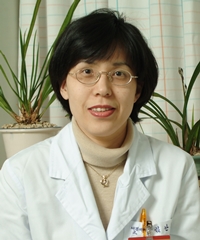 Melatonin is a hormone secreted by the pineal gland of brain, and is a key molecule to regulate sleep cycle and circadian rhythms. This hormone also has strong anti-aging properties, activating antioxidant enzymes and modulating metabolic activity. It is reported that melatonin improves insulin resistance, maintains glucose homeostasis, and reduces hepatic steatosis.

Fetuin-A is one of the hepatokines, a protein secreted from the liver, and associated with energy homeostasis, lipid metabolism, inflammatory response, and metabolic dysfunction. Fetuin-A inhibits insulin signaling, thus plays a key role in insulin resistance and metabolic disorders. Particularly, patients with obesity, non-alcoholicfatty liver disease, and diabetes have high fetuin-A levels. The research team led by Dr. Kim Nan-Hee from the Department of Endocrinology and Internal Medicine at Korea University Ansan Hospital found a mechanism where melatonin reduced Fetuin-A levels, and ultimately improved insulin resistance and hepatic steatosis.

To determine whether similar results were found in non-human animals, they examined C57BL/6J mice for 10 weeks by dividing them into three dietary groups: Normal (ND), High-fat (HFD), and High-fat with Melatonin (HFMD). As a result, the HFMD group gained less weight than that of the HFD group. Hepatic steatosis was also attenuated. Insulin sensitivity and glucose utilization improved, and insulin signaling in muscle tissue increased. Moreover, Fetuin-A in the liver and serum decreased, while it increased in HFD group.

The results indicate that melatonin improves insulin resistance and hepatic steatosis through attenuation of Fetuin-A expression. Based on these results, the indication of melatonin could be extended to improve hepatic glucose metabolism more easily than other compounds as melatonin has been widely used as a sleep inducing hormone without any discernable side effects. Further studies should be conducted particularly on the proper dosage, and possible side effects for human studies.

The research results are published in the Journal of Pineal Research, under the title of, ‘Melatonin Improves Insulin Resistance and Hepatic Steatosis through Attenuation of Alpha-2-HS-Glycoprotein.’