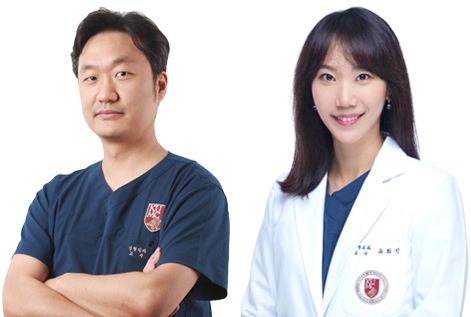 A research team led by professors Deok-Woo Kim and Hi-Jin You from the Department of Plastic and Reconstructive Surgery at Korea University Ansan Hospital established cutaneous angiosarcoma (CAS) cell lines having in vivo tumorigenic potential for the first time.

Cutaneous angiosarcoma (CAS) is a rare soft tissue malignant cancer with dismal prognosis. Even though this disease follows an aggressive course with propensity for local relapse and metastasis, the biological properties are not well understood and a standard treatment protocol has not been established. Its low incidence has led to a lack of experimental studies let alone large randomized controlled clinical trials. Cell lines provide a pure population of cells through a subculture, which is valuable for R&D because it provides a consistent sample of genotype or phenotype. To date, only three human CAS cell lines - ISO-HAS, AS-M, and HAMON - have been reported. However, researchers have faced limitations in using them as they have very weak tumorigenesis, if any, in vivo.

In this study, researchers established two new CAS cell lines - KU-CAS3 and KU-CAS5 ­- and they were confirmed to have endothelial properties and tumorigenic potential. These new cell lines are expected to make a significant contribution to research on the features of CAS and its effective treatments. The team is currently conducting subsequent follow-up research.

The research has been published in the January 2022 issue of the internationally recognized SCI-indexed journal Head & Neck: Journal of the Sciences and Specialties of the Head and Neck, and the research team is flooded with inquiries from other CAS research teams from all around the world who are interested in using the cell lines for their studies.

KUCM has implemented various programs to educate medical students who can lead the future of medicine by taking advantage of the Fourth Industrial Revolution. Because exposure to research activities as undergraduates can nurture future research potential, KUCM has supported activities by the student research organization since 2010.

The 12th Student Research Society, which was formed and put into action in January 2021, consists of 24 research teams of 46 medical students. Their research outcomes from one year of work completed in collaboration with their instructing professors is shared at an academic meeting at the end of the year. KUCM has expanded the event and has been hosting an annual academic conference since 2018, the first to do so among medical schools in Korea.

Because of the COVID-19 pandemic, the conference was held in a hybrid format both on- and off-line. More than 100 medical students and professors from various countries attended. Following registration, the event kicked off with poster presentations, an opening speech by Dong-Yoon Kim, a first-year medical student at KUCM, and a welcoming speech by Young-Wook Yoon, Dean of the Medical College. These events were followed by presentations from KUCM students and students from other medical schools in Korea and abroad. The agenda also included an awards ceremony and concluded with a closing ceremony.

Poster and verbal presentation presenters from KUCM included Vice Dean Jong-Ik Hwang, Professor of Anesthesiology and Pain Medicine Yoon-Ji Choi, and Professor of Medical Science Ok Shin from the graduate school at KU Guro Hospital. The top verbal presentations from other Korean medical schools were chosen by judges based on originality, adequacy, validity, accuracy, and delivery. The judging panel was made up of the Endowed Chair Professor Vit Narry Kim from the Department of Biological Sciences at Seoul National University, Professor Miran Kim from Ajou University School of Medicine, and Professor Kwi-Deok Park from KIST. TBSA (by Sang-Wook Park and Chae-Gyu Sung) and Two Pigs (by Seung-Hoon Lee and Youngsin Joo) were chosen as the top poster presentations. The first prize winners for the KUCM verbal presentations were Hyun-Seung Lee, Sung-Mi Byeon, and Hyun-Jin Joo. Second prize winners were Ju-Yoon Shin and Cha-Yeon Sim, while the third prize went to Se-Il Hwang. Among the verbal presentations from other Korean medical school students, Jae-Won Roh from Dongguk University College of Medicine was awarded first place; Song-Hee Cho, Ji-Eun Lim, and Ji-Seung Lee second place; and Jae-in Ha was awarded third place.

Professor Yoon said, “I am very glad to see the outcomes of these diverse and interesting studies. I believe that the conference offered our students a wonderful opportunity to spike their curiosity and solidify their career paths.” He added, “I’d like to extend my special thanks to the students, their professors, and the judges. The future of medicine lies in research, and I hope that our students can grow into medical scientists who explore the frontiers of the future of medicine.”

The world's first medical 'dissection' of Klimt's ‘The Kiss’ 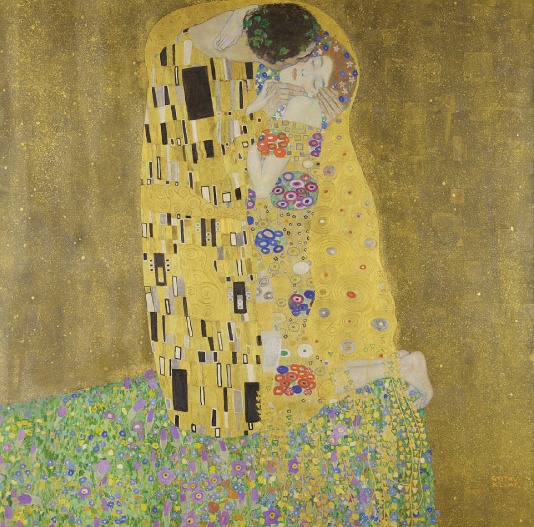 Published at the JAMA, the prestigious Journal of the American Medical Association, is a new medical perspective of Gustav Klimt (1862-1918)'s ‘The Kiss’, one of the greatest masterpieces of the 20th century beloved worldwide, published by Professor Im Joo Rhyu and his research team Profs Dae-Hyun Kim and Hyunmi Park from Korea University College of Medicine.

The publication is gathering attention not only from the medical world, but from the art community and public alike. The research team’s comparative analysis of the patterns and symbols in ‘the Kiss’ with contemporary medical literature have unlocked the century old secrets of the mysteries of human development hidden in the garments of Klimt’s painted lovers. The monochrome rectangles in the man’s cloak are expressed as symbols of masculinity by diagramming the neck of the sperm observed with a high-resolution microscope (A). The many round-shaped eggs adorn the woman’s dress with sperms swimming around them. A single orange egg is touched by a single sperm, representing the recently discovered medical phenomenon of postfertilization surface reaction in the ovum membrane preventing other sperms from entering (B2). The dress also features fertilized eggs dividing into 2, 4, and 8 cell stages (C) later developing into a mulberry fruit-like structure (D) composed of 12 to 32 divided cell groups, which represent the first 3 days of human development weaved into the ‘the Kiss’.

The light microscope that was invented in the 17th century reached modern technological levels by the mid 19th century aiding the understanding of the microstructure of cells and bacteria, and Klimt was part of the Viennese Modernist community at the turn of the 20th century, allowing the cross-fertilization between the arts and sciences.

Research director Professor Im Joo Rhyu, explains that one of the great themes that Klimt pursued throughout his life was the human cycle of life and death, and the bilateral influence of arts and sciences resulted in Klimt’s beloved paintings. 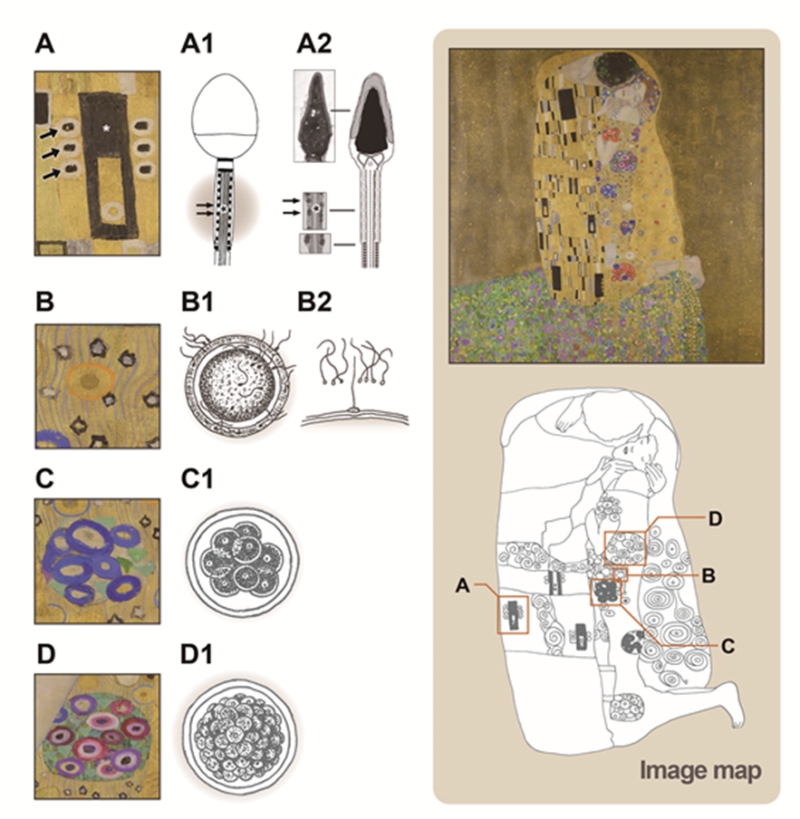 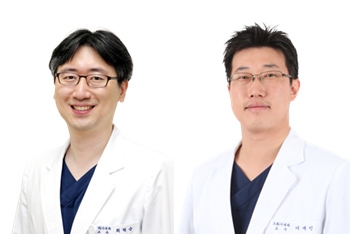 A joint study of a team led by Hyuk Soon Choi and Jae Min Lee, professors of gastroenterology and hepatology, together with KAIST professor Jaegul Choo's team, developed an AI-based next-generation endoscopic system.

Gastrointestinal endoscopy plays an important role in the diagnosis and treatment of gastrointestinal diseases. Patients tend to flock to hospitals with rich experiences and advanced technologies in search for receiving accurate and safe procedures. Quality control becomes much more important when it comes to different endoscopy procedures done for screening. Among others, endoscopic retrograde cholangiopancreatography, or ERCP, is a very complicated and difficult procedure so it is mainly performed by skilled doctors in university hospitals.

Leading institutions at home and abroad are engaged in the development of technologies that can upgrade the endoscopic procedures and help them offer the best possible treatments to patients. A joint study of a team led by Hyuk Soon Choi and Jae Min Lee, professors of gastroenterology and hepatology, together with KAIST professor Jaegul Choo's team, developed an AI and deep learning-based novel endoscopic image assessment system presenting a new approach to endoscopic examination and treatment.

AI-driven system for endoscopic image assessment is expected to help enhance the public health as it can improve the accuracy of analyzing and classifying images. It may also be used as quality control measures for cancer screening or endoscopic lab certification. This study done by the Anma Hospital team was meaningful in that it has shown promising results in leading the development of technologies in medicine.

Meanwhile, professor Lee's team conducted artificial intelligence-assisted analysis of endoscopic retrograde cholangiopancreatography image for identifying ampulla and cannulation difficulty. Highly skilled doctors trained the AI to identify ampulla and to predict the level of difficulty for selective cannulation. The model that they finally developed detected the ampulla of Vater with 76.2% precision, 78.4% recall, and identified more than 70% easy-to-cannulate cases. It also demonstrated its potential to be used in specialized endoscopic procedures.

Professor Choi said, “I am very happy as our competency as a research team has been recognized. I have a plan to conduct researches on various areas such as minimally invasive endoscopic instruments as well as AI. Professor Lee said, “I hope AI research will facilitate further development of specialized endoscopy, a procedure to diagnose and treat problems in the gallbladder, bile ducts, and pancreas. I will do my best so that Anam Hospital will be at the forefront of developing related technologies.” Dr. Yoon Tae Jeen, head of the department of gastroenterology said, “Collaboration among those experts in medicine, computer science and other related industries will facilitate further development of AI programs, which in turn will boost emergence of new technologies or advancements of existing ones applied in the medical field.”

The study of professor Choi and his team, "Development of artificial intelligence system for quality control of photo documentation in esophagogastroduodenoscopy," was published in Surgical Endoscopy while the study of professor Lee and his team titled, "Artificial intelligence-assisted analysis of endoscopic retrograde cholangiopancreatography image for identifying ampulla and difficulty of selective cannulation" was introduced in Scientific Reports.