GAME founded with 9 medical schools around the world

The Korea University College of Medicine (KUCM) is carving out its position in the world’s academia, by establishing a consultative body with 8 other global medical schools, with the goal of defining the world’s education standards in medicine.

Global Alliance of Medical Excellence, a.k.a. GAME, has been launched to foster mutual cooperation and joint development among global colleges of medicine. With the aim of harnessing medical advancement through joint research and mutual medical education exchange, GAME will be dedicated to advancing education and research in medicine. KUCM is the only Korean founding member, joining hands with 8 other countries: Chinese University of Hong Kong; Monash University of Australia; University of Alberta in Canada; Ludwig Maximilian University of Munich in Germany; Nagoya University of Japan; Erasmus University Rotterdam of the Netherlands; University of Bologna in Italy; University of Nottingham in England.

On November 9, 2017, Professor Hong Sik Lee, Dean of KUCM, and Ho Sung Son, Associate Dean for Research & Global Outreach, attended the inaugural conference venued at the Chinese University of Hong Kong. Dean Lee delivered a keynote address introducing the state of the art KUCM facility, and outlining the academic curriculum, currently under revision, as well as its programs.

A particularly well-received proposal by Korea University was the ‘GAME Diamond Project,’ a digital archive that allows the 9-member universities to share their medical education content. Currently, KUCM supports its faculty in creating quality education content through ‘Studio M,’ equipped with sophisticated video recording devices. In addition, the College also operates the ‘Diamond Project,’ an online medical education platform that allows students and other program enrollees to participate in learning, regardless of time and location. By expanding these programs to the 9-member universities, medical students will be exposed to a greater variety of theories and clinical samples. There is also anticipation that these efforts will further boost new and diverse learning modes of the future, such as Flipped Learning, problem-focused learning and self-directed learning.

Thanks to GAME, KUCM has been chosen as the sponsor college of the transnational medical education program. In addition to the GAME Diamond Project, for clinical trial student exchange programs, and by recruiting researchers from each university on 8 study topics, KUCM will embark on a medical student research program that will provide funds for travel and initial research investment.

Dean Lee expressed delight in that “KUCM has been chosen to represent Korea to found GAME with other remarkable global medical schools,” and expressed his hope that “GAME will serve as an exemplary model of international cooperation among the world’s medical colleges.” Moreover, he pledged that “by forging strong transnational ties with renowned medical schools around the world, the standard of medical education will be upgraded, thereby helping the University to achieve further development.”

Discovery of global diversity and genotype of the Seoul Virus (SEOV) 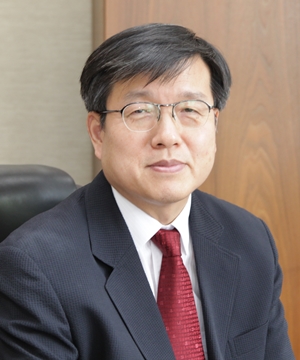 A team led by Professor Jin-Won Song of the Department of Microbiology at Korea University College of Medicine (KUCM), has obtained whole genomic sequencing of the Seoul Virus (SEOV), a type of hantavirus, thereby identifying the global diversity and genotype of the SEOV.

The research team analyzed the whole genomic sequence of the SEOV in blood of human patients with urban hemorrhagic fever with renal syndrome (HFRS), and in Rattus norvegicus rats collected between 2000 to 2016 using by NGS. The study revealed 6 genetic lineage groups of the SEOV, based on region of occurrence; South Korea belongs to Group C, along with Japan and parts of the U.S. This study is especially significant because it implies that through potential genetic exchange, the SEOV can lead to reassortment and recombination, in nature.

The hantavirus, widely known as a fatal virus that can cause renal failure, hemorrhage, thrombocytopenia, and shock, is spread from rodents to humans. This virus is found not only in Korea, but also in fairly even distribution around the world. So far, hantavirus types found in Korea are Hantaan, Seoul, Soocheong, Muju, Jeju and Imjin.

Among them, the only hantavirus that is identified throughout the world is the SEOV, which was first discovered by Professor Ho-Wang Lee in 1980 by examining rodents, known as Rattus norvegicus, found in Seoul. Recently, the virus has been identified in the U.S. and the U.K. among owners of pet rat, causing urban HFRS to become more rampant in various parts of the world.

Professor Song stressed that “due to the prevalence of the SEOV found around the world, in part, spread through rodent pet owners in the U.S. and the U.K., there is an increasing need to conduct research and to defend against its infection.” He also added, “Because this study has succeeded in obtaining the whole genome sequence by NGS, as well as its global diversity and genotype, the findings will be instrumental to creating a future hantavirus detection and monitoring system.”

The findings of this study will be published in the February issue of the highly renowned international infectious disease journal <Emerging Infectious Disease>, under the title ‘Multiplex PCR-based next-generation sequencing and global diversity of Seoul virus in Humans and Rats.”

Since joining the Department of Microbiology at the KUCM in 1996, Professor Jin-Won Song has discovered many new viruses, such as the Imjin, Jeju, Soocheong and Muju Viruses and the New York Virus. In recognition of his remarkable discoveries, he has received the Korean National Academy of Sciences Award in 2011, the Ho-Wang Lee Award in 2013 and the KUCM Alumni Medical Award and the Seogtab (Stone Pagoda) Research Award in 2017. Moreover, as the unequivocal authority on the hantavirus, having written over 100 papers for SCI(E)journals, Professor Song has also been serving as the President Elect of the International Society for Hantavirus since 2016 and President Elect, Korean Society for Virology at 2018 . The Department of Microbiology, to which Professor Song belongs, made a sizeable contribution to the world’s medical discovery when Emeritus Professor Ho-Wang Lee first discovered the Hantaan virus, which is the causative agent of HFRS. This Department at KUCM continues active research on a wide variety of pathogenic viruses. 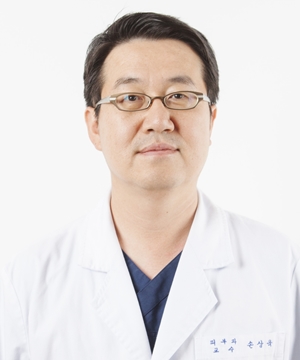 A reduced induction of antimicrobial proteins (AMPs) in conjunction with defects in epidermal barrier in AD may conduce to the increased susceptibility of skin infection. Thymic stromal lymphopoietin (TSLP) is the cytokine to play an important role in the pathogenesis of AD.

In this study, the relationship between TSLP and AMPs was defined in human keratinocytes and skin equivalent model. Taken together, a key role of the JAK2/STAT3/Sin3a signaling pathway in TSLP-mediated immune response might give us clues to understanding the pathological signal transductions in AD.

This study result was published in <JOURNAL OF INVESTIGATIVE DERMATOLOGY> under title of ‘TSLP Down-Regulates S100A7 and beta-Defensin 2 Via the JAK2/STAT3-Dependent Mechanism’.

The event started with the opening event followed by watching video clip on the Korea University Medical Center, welcome remarks by the dean of College of Medicine, encouragement remarks by president of Anam Hospital, introduction of participants, listening to the talks of foreign participants and taking a group photo. The atmosphere of the event was comfortable as the participants enjoyed various kinds of food and dialogues.

Participants had a good time by sharing their own episode and stories related to practice and had a meaningful moment by talking various topics with an academic advisor. A participant from Spain said “I learned how to understand and respect cultural diversity by working as a fellow in Korea”. “I’d like to thank my advisor and very pleased to meet friends from many countries as I could not spend much time with them to focus on my work,” he added.