Cancer immunotherapy has drawn great attention from the medical industry, but it is not readily available, because, generally, the therapeutic outcome is poor, owing to inherent resistance of cancer cells to the treatment. Meanwhile, it has been known that the immune system plays a pivotal role in the emergence of tumor cells that are refractory to multiple clinical interventions, including immunotherapy, chemotherapy, and radiotherapy. But the mechanism is not clear.

A research team led by Professor Tae-woo Kim of Department of Biomedical Sciences suggested new molecular mechanisms by which the immune system triggers cross-resistance to multimodal anti-cancer treatments. In this connection, the researchers witnessed a decline in epigenetic manifestation of ATP5H from tumor cells resistant to immunotherapy, which uses cytotoxic T cells. The team also uncovered that ATP5H loss is involved in the multimodality resistance to therapy, including immune resistance. A loss of ATP5H, one of the components of mitochondrial ATP synthase, triggers cancer metabolic reprogramming along with mitochondrial dysfunction, and promotes multimodality resistance to cancer therapy by accumulating ROS, and leading to ROS-mediated HIF-1α stabilization in normal oxygen conditions. It was proven that in vivo delivery of antioxidants reverses immune-resistant tumors, and phenotypic resistance to anticancer drugs of resistant tumor, and, in doing so, reactivity to the conventional therapies can increases. It was also found that ATP5H loss in tumors was closely linked to the failure of therapy, cancer progression, and poor survival in patients.

The research results were published in Journal of Clinical Investigation under the title,  Mitochondrial Reprogramming via ATP5H Loss Promotes Multimodal Cancer Therapy Resistance.

Hosted by the Korea University College of Medicine Marking The Korea University College of Medicine, celebrating the 90th anniversary of its founding, hosted symposiums entitled Medicine and Policy, and Medicine and Law.

The Medicine and Policy forum, held on June 26th, discussed the theme of How the 4th Industrial Revolution Affects Health and Medical Industry. Opening remarks by Dean Hong sik Lee of the College of Medicine, and a congratulatory speech by Executive Vice President Kee-hyoung Lee of Medical Affairs were followed by sessions of special lectures, photo time, presentations, and panel discussions.

“The KU College of Medicine has served the nation, living up to social expectations over the past 90 years. Marking the anniversary, we’ve held this Medicine and Policy symposium based on a belief that we are at a critical juncture of history in the face of the 4th Industrial Revolution, hoping to take the lead in the race,” said Dr. Hong sik Lee. “Hopefully, today, experts and officials in the health and medical industry will be able to get ample information on how to prepare for the future, by sharing insights as the industry is changing daily.”

“Based on our proud 90-year history, the Korea University Medical Center (KUMC) and the KU College of Medicine are actively preparing for the 4th Industrial Revolution, to take a new leap forward in the upcoming era, and I believe that today’s meeting wil play some role in discovering any new opportunities,” said Executive Vice President Kee-hyoung Lee of Medical Affairs, and he added, “I hope that top experts in every field have fruitful discussions and develop game-changing ideas for the future. Congratulations on these anniversary!”

The Medicine and Law forum was held on September 18th under the theme of How to Use Big Data in the Medical Industry and Information Protection.

“The KU College of Medicine has held this Medicine and Law symposium in an effort to seek measures in response to many social issues we face marking the 90th anniversary of the school, which has served society and the nation,” Dean Lee of the College of Medicine said. “I hope experts from various fields share opinions and gather wisdom to help us go in the right direction in the era of the 4th Industrial Revolution, at a time when information is flooding in.”

“Big data in medicine is the key technology in the bio-health industry, hopefully playing a central role in improving quality of medicine, through aspects such as clinical treatment and research, enhancing efficiency, and developing the industry further,” Executive Vice President Lee of Medical Affairs said. “I hope that today’s symposium will provide a great opportunity not only to encourage research and development in big data in medicine, but also to draw practical measures for a system to develop the industry.”

KUCM is planning to host a third forum named Medicine and Education, as part of the celebration of its 90th anniversary. 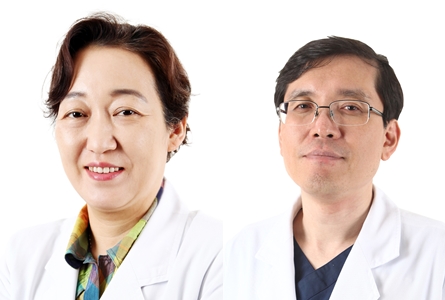 A research team led by Dr. Seonmee Kim of the Department of Family Medicine, and Dr. Kyung-mook Choi of the Division of Endocrinology at the Department of Internal Medicine in Korea University Guro Hospital analyzed health checkup data of 17.16 million adults aged 40 or older between Jan. 1, 2009 and Dec. 31, 2012, provided by the government-run National Health Insurance Service (NHIS), and observed them for a follow-up period of five years. The findings revealed that the incidence rate of Parkinson’s Disease (PD) in the MetS group was approximately 2.2 times higher than that of the non-MetS group.

Out of the entire study’s participants, 34.1% or 5,848,508 individuals had MetS, and 44,205 individuals were diagnosed with PD during the follow-up period. The incidence rate of PD in the MetS group was 0.75 persons per 1,000, that is, 2.2 times higher than that of the non-MetS group (0.34 persons). These associations persisted even after adjusting for potential confounding variables. Regardless of how hard the MetS group tried to improve their health conditions and lifestyle, including age, sexually transmitted disease, exercise, drinking, smoking, and all the other risk factors, people with MetS had a 24% higher risk of incident PD.

When someone has at least three conditions of the following conditions: abdominal obesity, hyperglycemia, high blood pressure, high blood triglycerides, and low HDL cholesterol, they are diagnosed with MetS. Parkinson’s Disease is a neurodegenerative disorder that affects predominantly dopamine-producing neurons in a specific area of the brain, and the number of such neurons decrease, causing difficulty to move. Symptoms generally develop gradually over years, and include slowed movement, tremor, rigid muscles, and impaired posture and balance.

“Over the years, the association between MetS and the incidence of PD has often been suggested from outside Korea, but it is the first time to study such a large database; as many as 17.16 million participants all over the world,” said the research team. “It is necessary for people with MetS to make efforts to reduce the risk of acquiring MetS, because each and every MetS component is associated with PD risk, and even a single component would increase the likelihood for one to get PD.”

This research results were published in the latest edition of PLOS Medicine.

Celebrating the 90th Anniversary of Its Founding 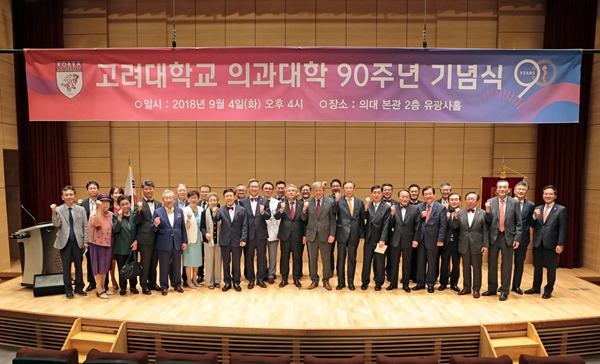 More than 300 people, including students, college officials, and school personnel participated in this event, which started with opening remarks by President Jaeho Yeom of Korea University, an appreciation speech by Dr. Kee Hyoung Lee (President and CEO of the Medical Center, and Executive Vice President of Medical Affairs), congratulatory speeches by President Daezip Choi of the Korean Medical Association, and by President Choon-gyun Na of the KU Alumni Association. The opening session was followed by a dedication ceremony honoring the 90-year of the College of Medicine, a speech by Dean Hong sik Lee of the College of Medicine about the current status and future development of the KU College of Medicine, and an opening ceremony for the school’s fitness center and Gwanbo Lounge. Before this event, as a preparatory step, Dean Tae-hern Jung of the Korea University College of Liberal Arts, and Professor Chang-sub Eom of the Anatomy Department gave a special lecture about the early history of the KU College of Medicine.

“The Korea University College of Medicine developed out of the Chosun Women’s Medical School, the nation’s first-ever educational institute for women, and since then, over the past 90 years, it has strived to achieve better public health, and develop medical personnel with a sense of responsibility and work ethics. And today we proudly honor the 90-year history and our achievements,” said President Yeom of Korea University. “We will continue preparing for the future with relentless efforts and enthusiasm, just as we have done over the years. I hope you have affectionate interest in us aiming for the day when the College of Medicine can stand firm as one of the best research and education centers.”

“The Korea University Medical Center (KUMC) and the KU College of Medicine have lived up to social expectations over the past 90 years, and will make even greater efforts to serve society and the nation,” said Dr. Kee Hyoung Lee (President and CEO of the Medical Center and Executive Vice President of Medical Affairs). “I firmly believe that year 2018 is a milestone, and another starting point for a new leap forward to take the initiative in leading innovation and realizing greater value, which will define the next 100 years.”

“Congratulations on the 90th anniversary of the establishment of the KU College of Medicine, which has created a path for devoted medical education, based on respect for life and love for humanity,” President Daezip Choi of the Korean Medical Association said. “I hope the college is not just satisfied with its past and current achievements, but looks further, and aims higher, to lead the medical industry by intensely focusing on research and education.”

“The KU College of Medicine, one of Korea’s top medical schools, has been able to develop thanks to the devotion and sacrifice made by the national pioneers and alumni,” President Choon-gyun Na of the KU Alumni Association said. “We should remember that this school was established based on philanthropic spirit, in the hope of helping human rights, and healthcare of women in poor surroundings, and I heartily congratulate you on your the 90th anniversary.”

Subsequently, Chairman Hee-cheol Han of the 90-year History Compilation Committee (and Professor in the Physiology Department) devoted a book titled, The 90-year History of the Korea University College of Medicine to Dean Hong sik Lee of the College of Medicine. And they had opening ceremony of the refurbished and relocated school’s fitness center, and renovated Gwanbo Lounge.

“September 4th is the date when the Chosun Women’s Medical School, which is the predecessor of the KU College of Medicine, first opened, and since then, the school has contributed to producing competent doctors, and developing medicine, and this is how we communicate with society,” said Dean Hongsik Lee of the College of Medicine. “Based on such proud 90-year history and heritage serving the nation, we will keep carrying out our mission, and do the best to make the world better.”

On the 4th, the International Symposium of BK21PLUS Medical Research Project for Translation Convergence was open under the theme of Understanding of the Current Research on Biomedicine.

The forum included speeches by Professors Randy Seeley and Bruce Kemp, world-renowned scholars, and by participants from the U.S., Australia, Japan, Mexico, and Korea, and featured four symposium sessions, more than 20 lectures, and more than 50 poster presentations. Sessions of Energy Balance Regulatory System, which is part of a Korea-Mexico joint research project, Neuroscience & Metabolism, Translational Research, and Multifaceted Metabolism were particularly well received by the attendees.

“The symposium serves as a great opportunity to share and develop knowledge and understanding from the perspectives of translational research, which is recognized as important,” said Host Leader Imjoo Rhyu. “I’m so glad to have this meaningful event in a beautiful autumn season, and hope that we will be motivated to keep sharing opinions and ideas each other regarding medical science.”

“The Korea University College of Medicine BK21PLUS Medical Research Project Team for Translation Convergence encourages cooperation between the convergence translation research and each major, and innovation by exploring new areas if they are likely to lead the 4th Industrial Revolution,” said Dean Hong sik Lee. “I hope this symposium will be a bridge to upgrading national medical science, and I’d like to express thanks to Leader Imjoo Rhyu and the BK21PLUS Project Team for their hard work in hosting this event.” 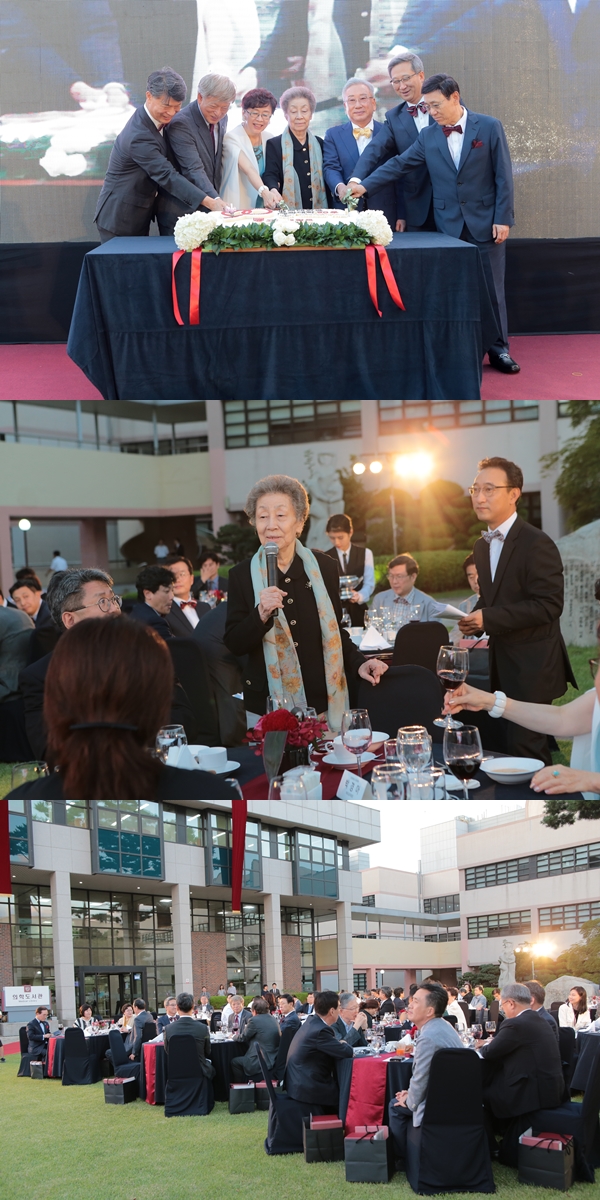