All Achievement Research Campus Learning
First Previous 1 2 3 4 5 6 7 8 9 Current10 Next Last
A team led by Professor Park Man-Seong and Kim Jin Il of Department of Microbiology, Sequenced SARS-CoV-2 from COVID-19 cases and Registered It on a Public Database

A breakthrough for the Identification of the Basic Mechanism of the Virus, Drug-Repurposing, Diagnostics Technology, Development of Treatment and Vaccine 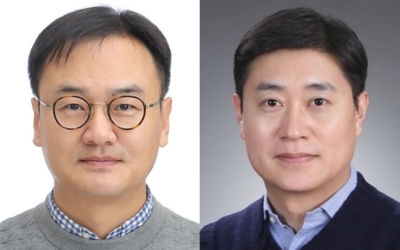 A team led by Prof. Park Man-Seong and Kim Jin Il from the Institute for Viral Diseases (Director of the institute Song Ki-Jun) of the Department of Microbiology of Korea University College of Medicine successfully isolated the viruses from COVID-19 clinical specimens and obtained their viral whole-genome sequences.

COVID-19 has spread to the world in just 3 months since it was first reported as “pneumonia of unknown cause” in Wuhan, China in the late last year. As of April 3, 2020, more than 45,000 deaths were reported with a 5.08% case-fatality rate of approximately 900 thousand confirmed cases.

A novel coronavirus similar to SARS coronavirus (SARS-CoV; hence, a novel coronavirus was named as SARS-CoV-2) was identified as a source of infection and it is believed that it originated from bats, like SARS-CoV. Since the 2015 MERS outbreak in Korea, the importance of establishing a risk assessment system for zoonotic viruses has been steadily rising.

The team lead by Prof. Park Man-Seong and Kim Jin Il, accordingly, has analyzed MERS coronavirus and other various respiratory viruses’ biological characteristics, such as viral transmissibility, pathogenicity, and immunogenicity, and researched viral evolution for years. Based on the previous work, the team successfully isolated SARS-CoV-2 strains from patients’ respiratory specimens, completed a whole-genome sequencing of the viruses using an optimized high-performance Next Generation Sequencing (NGS) method, and shared the sequences on Global Initiative on Sharing All Influenza Data under the names “BetaCoV/South Korea/KUMC01/2020, BetaCoV/South Korea/KUMC02/2020.”

The results of the research can provide necessary information for the identification of the basic mechanism of SARS-CoV-2, drug-repurposing, diagnostics technology, and development of treatment and vaccine. Analysis of genome-based evolution can also play a major role in providing a scientific basis for analyzing the domestic trend of SARS-CoV-2 transmission.

The research provides the impetus to future research cooperation at home and abroad on high pathogenicity pathogen as it was conducted in Biosafety Level-3 (BSL-3) lab, Center for Biosafety's specialized research facility in Korea University College of Medicine.

“After the successful isolation and registration of SARS-CoV-2, the KCDC, the U.S., Canada, and Korean pharmaceutical companies make requests for joint research and we plan to work with them in drug-repurposing, and development of diagnostics technology, treatment and vaccine for the virus,” Prof. Park Man-seong, a principal investigator, stated. “We hope that the research will be further expanded and developed to make major contributions to the establishment of the COVID-19 response system.” 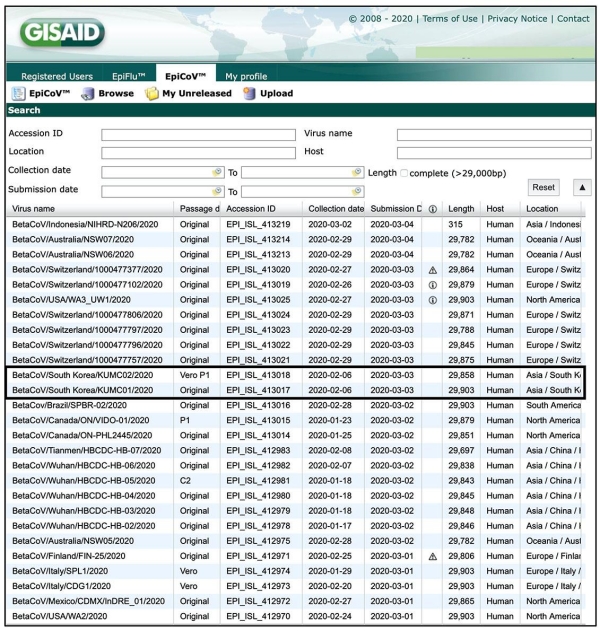 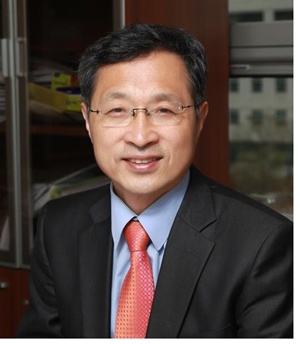 which has an impact factor of 14.110, and ranks 1st of 27 in the Allergy category and 6th of 158 in the Immunology category in the 2018 Journal Citation Reports®, published by Clarivate.

Nasal polyps are non-cancerous growths on the lining of the nasal passages or sinuses and often result from chronic inflammation associated with asthma, recurring infection, allergies or certain immune disorders. They affect up to 4% of the general adult population and can pose substantial detrimental impact on the quality of life. However, it is unknown whether nasal polyps are associated with the risk of developing head and neck cancer. Few studies in previous

literature have suggested a potential association, but they only included small number of patients.

matched comparators. The subjects were followed up for 6.2 years (range: 2-13 years).

patients with nasal polyps compared to the matched comparators. The cancer risks were evident in patients older than 50 years but not in younger patients. The risk was about seven-fold higher for nasal cavity and paranasal sinus cancer

and modestly increased for nasopharyngeal cancer. Their associations were independent of confounders including smoking history. 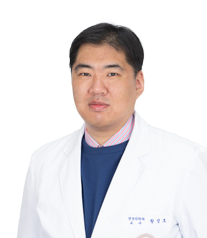